Last issue came in threes, but this Third Anniversary Issue comes in 2's: A duo of comic book stories, a couple of punchy reviews, a pair of heresies, a doublet of poems by the prolific Elizabeth Barrette, and a brace of other writings that won't disappoint. Well, there is one and only one interview of author Jonathan Fesmire! Nerds, post-modernists, writers, religious renegades, suspense junkies, herbalists, fairy fanatics, UFOlogists, and even mundanes - er... normal people -- there's something to pique your imagination. So join us in ringing in our fourth annum and read on, adventurous soul. -- Asher Black, Editor in Chief

Jonathan Fesmire is a fantasy writer with a growing fan base.  He has written three novels, Children of Rhatlan, Tamshis Imp, and Amber in the Over World, and Seeds of Vision, an anthology.  His short fiction has appeared in Marion Zimmer Bradleys Fantasy Magazine, Jackhammer, and elsewhere. He is also a fantasy artist with two art books, 3-Rotica, and Fantasy in 3D.  This year, he won second place in Venus Presss cover artist contest.

You know those nerdy guys that read comic books? Able, at the drop of a hat, to name all the members of the Legion of Doom, or give you the backstory to each of the X-men? You may have friends like that. You may be someone that... well informed. Well, in any case, topping our list is a satire on comic aficionados that has had us rolling on the floor.

We had just crawled back into our recliners, still tittering over Fat Virgins when John Young hit us with a story on superheroes themselves. Well, a parody on one in particular. We want to thank John for making this issue, potentially, collectable, due to his tongue-in-cheek treatment of one of Stan Lee's finest. So get out your plastic sleeves when you're done, and please be careful not to bend the corners.

How tongue-in-cheek is D. Harlan Wilson's book? M.P. Mann says the author must be another fan of geek humor, but she's not actually sure. She dives into his writing with gusto and comes out - well - We're watching her very closely now, in case the post-modernist wackiness is contagious.

Want to find the bugs in your stories? If you're interested in running your literary children through the gauntlet and seeing them level up (to borrow some gamer terminology), you need this "cheat book" with its hints, codes, tricks, and tactics. We asked Mary to tackle this handy little tome, because we've been known to consult it around here to talk about what's broken and how it needs fixed. Her review, with its capsule of eight snippets from Revising Fiction should stand as a litmus for a good writing submission.

Oooooo. This one is good. One of those fragments that you almost never find tucked in an old book, cooked up by master antiquarian Tristan Moss. Master Moss, seems to know that there's a bit of heretic in each of us. Read his flash piece and you'll see what we mean.

Speaking of the mildly heretical, there's Gerald Costlow's telling of another side of the history of Patriarch Abraham. What's it like to be a slave of greatness? Or is it being great and a slave to weakness? Abraham's children are countless as the stars, and maybe Costlow's tale is one of them. Definitely worth your time.

Rod Serling meets Jonbenet Ramsey. Maybe with a little Salem's Lot and Blair Witch thrown in. Morris achieves a kind of instructive eeriness. Yes, we're speaking blurbily. That's a result of an author remaining focused enough to make the sound of crunching gravel just before the end of the story!

A cup of herbal tea goes nicely with this poem. But be advised: look under the saucer, first. Barrette will explain.

Faeries on the First of May

It isn't May, of course. As Elizabeth Barrette says, The world is cruel, the world is cold, But never mind. The world is fey, the world is old. Barrette is becoming somewhat of a "Poet Laureate" for us at MYTHOLOG. This is her 11th poem with us and we can't stop asking for more. Teresa Tunaley likes them too, and illustrates it appropriately. This one is for both fairy fiends and fiendish fairies and just fair folk.

How To Be A Gracious Host To Your Alien Conqueror

We weren't expecting a series of aphoristic rules for surviving under alien domination - not in poetic form, but we're always willing to be pleasantly surprised. Danny Adams may be onto something here. If he's not careful, we could see a whole genre forming, sparking online lists and perhaps even subversive fortune cookies with messages like, If it's green or grey, it answers to "boss". But we'll leave the initial rules to Adams. If you've seen sights in the night skies, be sure to post these in a prominent place.

It has become something of a tradition, with each anniversary issue, to mention writing that grabbed our attention from previous issues. First up, we'll look back at a round of short fiction, beginning with Feeding Time. The thing in the room with you is still memorable from this story by Brian Ames in the Autumn 2003 issue. The Rundle is Terry Dartnall's creation myth from Spring 2004 and remains, for us, one of the more interesting examples of the genre. Terry's story collection The Ladder at the Bottom of the World is coming out as an ebook with Trantor Publishers, this one is planned as an inclusion. Red, with its devious little girl, is still a classic made killer by Elizabeth Scott from the last anniversary roundup. For anyone trapped in an alter-ego, Eric Marin's Crow Justice (Spring 2005) will strike a chord. Or, if you carry the world on your shoulders, The Strong Man by Anne Marie Jackson offers a somber warning from Spring 2005. If you've got a penchant for the psychedelic, you might want to take a rather longish but worthwhile swim with Jerry J. Davis to Island, which heralds from Winter 2004 but feels like a timewarp back to the Sixties. Tolkien and C.S. Lewis certainly taught us to pay more attention to the trees. From Spring 2005, Mary Pat Mann's poem, Trees in Hiding puts on a different spin. Speaking of different, if you've ever thought thin and blonde was its own kind of myth, hearken back to that same issue and Elizabeth Barrette for a hearty dose of Cock and Bull, quite literally. 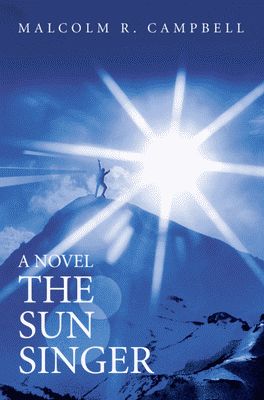 Want Your Ad Here? Check out our standard pricing, or else work with us for a quote. Proceeds go entirely to pay magazine expenses.

Work for us
We almost always have openings. Working for a magazine is a great way to gain experience, learn to edit writing, and add some professional credit to your portfolio.

Tipping is Permitted
Like something you read? There are lots of ways to show your appreciation, with or without cash. A short list is here.

Up for the Unexpected
Myth is many media and many genres. We're up for everything from flash to graphic novellas, from Western to Detective fic. The common element is mythic development.

Thanks
Special thanks this issue to Tim Hoke and M.P. Mann, each of which proofed the issue while the ink was still wet. 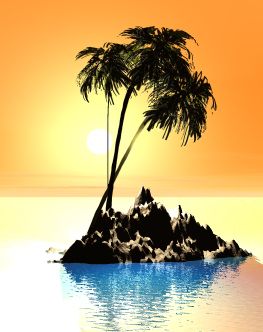 The Islander by Tersa Tunaley shows that while it is impossible to look directly at some things, we may see them more clearly when filtered through a mediary.

They All Knew
Sam Morris

Faeries on the First of May
Elizabeth Barrette

Squirrelly things are afoot in Pseudo-City. Whip out the Rogaine and check out M.P. Mann's review.

I write this letter knowing I will never see the end of the task I started. - Tristan Moss

After the first misplaced gash I took the blade from his hand, knelt before him, and quickly performed the deed. - Gerald Costlow

Soon the road was lined with hunched silhouettes. All deep in whispered conversations. - Sam Morris

Get ready to live under domination. A few pointers of preparation are in order, from Danny Adams.