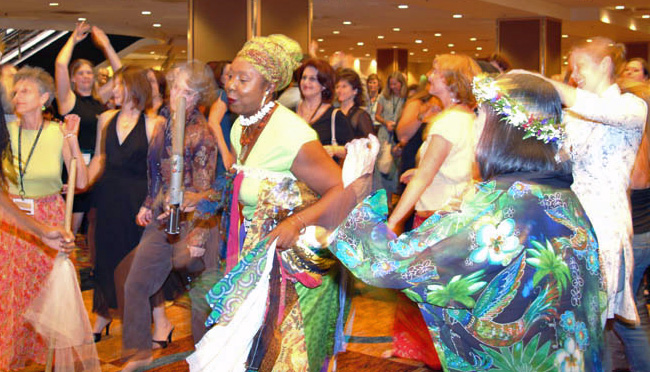 Writing about the Mythic Journeys Conference is frustrating because words alone can't convey the experience. I'd like to sit you down in a conference room filled with images, feathers, water, hanging cloths in bright colors, and green and growing things.

There would be music, Celtic perhaps, or First Nations, or something on a sitar, maybe a sound of bells. When you turned around to see who was playing, it would be one of your favorite authors, someone in a mask of leaves and flowers, and guys wearing kilts.

At night, Coleman Barks recites Rumi in his warm, round voice. Deepak Chopra responds with Rabindranath Tagore. Their voices are musical, the accents rich. The young poet Ekiwah joins in, translating Spanish into English, and images into words.

You lunch with Michael Meade, great-hearted storyteller. Jean Shinoda Bolen, transformative psychologist, sits next to you at the morning presentation. The list of presenters is an incantation of artists, writers, musicians, technicians of mythic vision, surrounding you with endless possibilities and power.

Which isn't bad for four days in Atlanta in June. Created by the Mythic Imagination Institute and orchestrated by Michael Karlin, Honora Foah, and Brenda Sutton, Mythic Journeys '06 was marvelous. 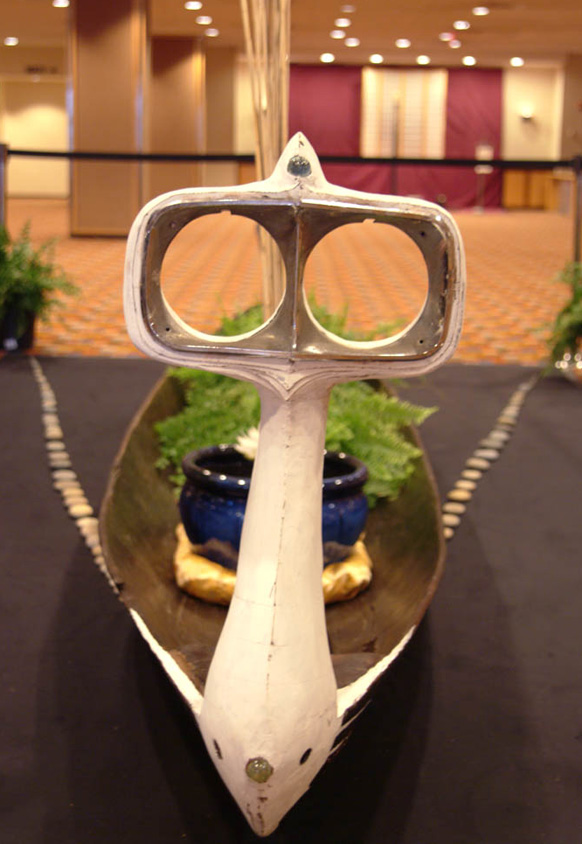 I've never been to an event so lovingly organized. The Atlanta Hyatt Regency (or at least the part we used) became an art gallery, impromptu performance space, and conference arena that functioned seamlessly. Well, timetables did tend to slip a bit. But surely that was inevitable, moving as we were between plodding, linear Chronos and cyclic, magical Kairos, home of all that never was and always is.

I went because the program included so many people I had admired, whose books I'd loved, whose paintings hung on my walls, whose CD's I'd listened to, and whose movies I'd watched. I'd not been able to attend the '04 opening conference, regretted that, and was determined to be there in '06. For a reader of fantasy, student of myth, traveler between worlds and crosser of boundaries, Mythic Journeys was the place to be.

The evening after hearing a panel on the role of costume in creating character, I stood near the hotel bar comparing notes with new friends. An eight-foot-tall satyr sauntered by, to the delight of conference-goers and hotel visitors alike. After a turn about the place, he joined us to talk more about the impact of costume in general, and his in particular: William Todd Jones, Hagrid's giant brother in the next Harry Potter, stood on spring steel poles inside his furry legs, with a short tail specially designed for wagging, because people loved to see it. 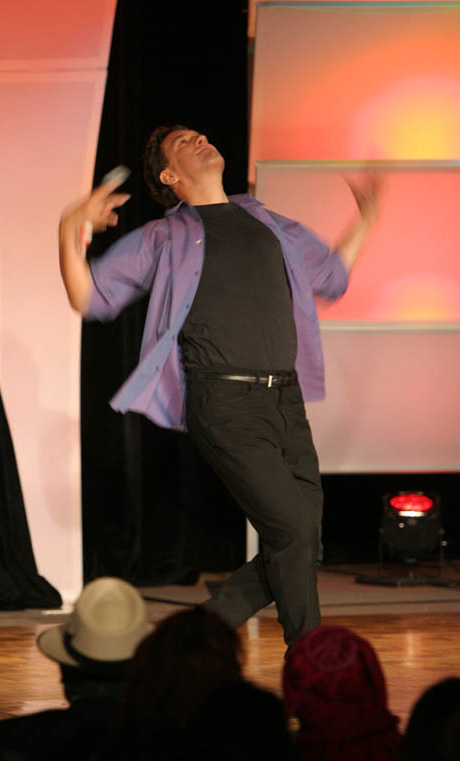 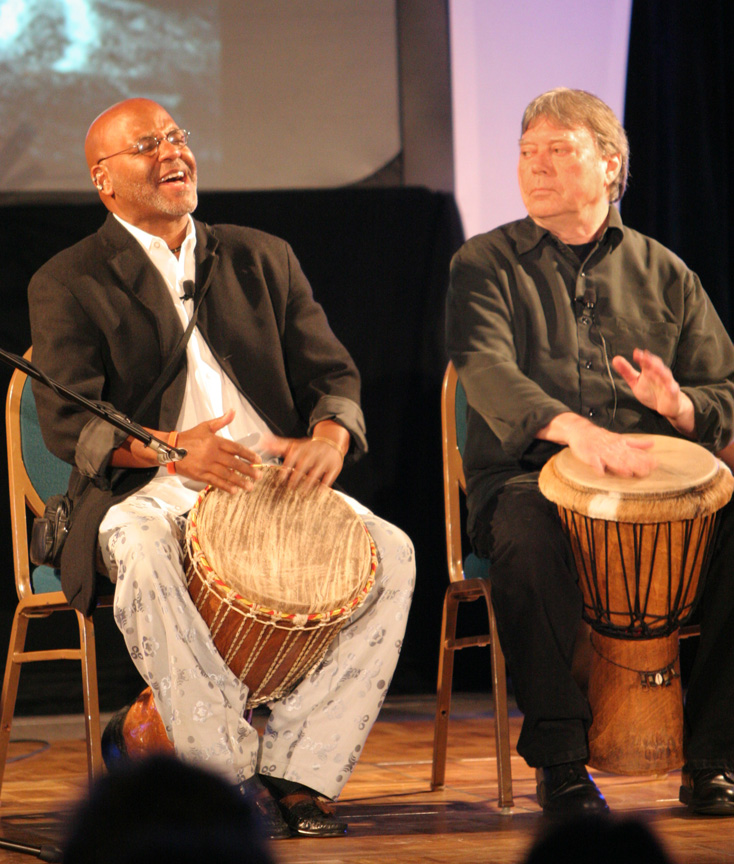 When we got word Deepak Chopra might be late for the evening performance, Grammy-award-winning flautist Nestor Torres, who wasn't even on the program, offered a half-hour of wonderful music. Performances turned into exuberant jam sessions as artists called each other onstage to join in the fun. I attended presentations by Brian and Wendy Froud, John and Caitlin Matthews, Terri Windling, Steve Aisenstat, Maureen Ngoze Eke, David Spangler, Sobonfu Some', David Abram, Ari Berk (the amazing list is here), and I didn't get to nearly everything.

Each morning, a dream group met, with yoga and meditation happening in other rooms. In the marketplace, books, music, and art were sold. Artists and writers signed books, programs, and the odd T-shirt. There was dancing every night, great conversations, and wonderful people to meet. Then the fauna: It definitely adds to the enchantment when two very tall satyrs, short-horned and ivy-crowned, strut and dance through the crowd.

Our mythic imaginations give meaning and heart to who we are and what we do. Story and song are our breath. Every presenter and performer at this conference knows that myth is vital to life, and reflects this in his and her work. Being with people like that, in a space created to express that message, is a gift ... one I gave myself this June. These are the kinds of gatherings we need to counteract the alienation, the violence, and the deadness of our pre-packaged and commercialized culture.

The Mythic Imagination Institute is one of those bumblebee organizations whose budgetary wings can't support its large hopes. At the close of the '06 Journey, it wasn't clear whether a gathering in '08 would be possible, although new collaborations are planned with groups in Guatemala and Puerto Rico, among others. But I'm hoping the magical energy raised in Atlanta keep the dream in flight and carry us through to Mythic Journeys '08.

Satyr photo (on issue front): William Todd-Jones as Pan boogies to the music of Emerald Rose at the Saturday night dance. Photo & copyright 2006 by Anne Parke.

Women drummers and dancers dancing us into the Thursday night banquet. Photo & copyright 2006 by Beth Gwinn.

Boat photo: One of the beautiful art installations by Michael Green, this is a mythical boat which represented the element water. Photo & copyright 2006 by Beth Gwinn.

All photos used courtesy of the Mythic Imagination Institute, Inc.