"I don't see anything wrong with it!"

I walked into the break room in time to be hit with "Well, what do you think?"

I hate it when they do this. They know I hate it, so they do it a lot.

Everyone stared at me, so I took the bait. "Think about what?"

"Dating someone from another race. Would you do it? Have you ever?" Margaret quizzed me.

"No, I've only dated humans," I answered flippantly, "but some of those Fey lasses are mighty tempting." 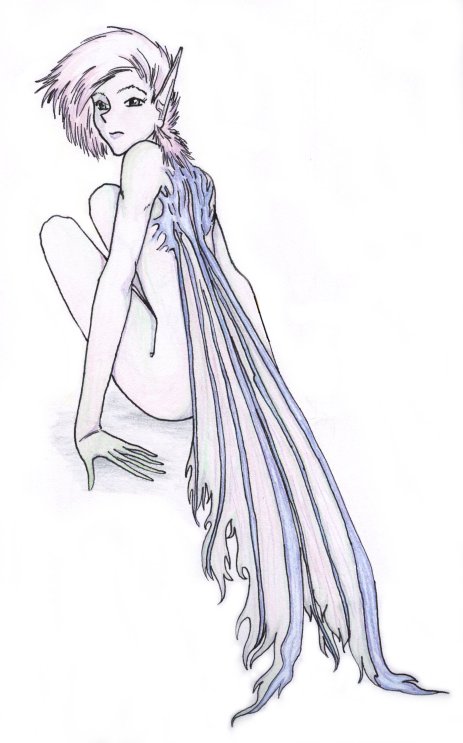 I was met with several blank stares. Sometimes I forget that this crowd doesn't always get the jokes. The silence hung there. My co-workers waited for me to say something that would make sense to them.

"Ummm...I mean... two black girlfriends and once, in college, a Japanese chick," I rattled off quickly, feeling my face turn hot and red.

"Wooo! Way to get some!" yelled Jason, throwing me a high five.

I felt unconfortable the rest of the day. I didn't like it when nobody got my jokes, but I hated even more that I talked about things that were no one's business.

The day passed. People went home, and I was left alone, finishing up a few things, watching the clock. The janitor came through. A new one. I hadn't seen him before that day, but I recalled him being in the breakroom during the earlier conversation. Great. Now the housekeeping staff can talk about me, and it will be all over the building.

He pushed his cart in.

"I hear ya there," he chuckled.

He swept under the desks. I heard his voice again, hazy, as though through a filter.

"So you have a taste for Fey wenches, do you? That's a dangerous craving for a mortal to have! If I were ye, I'd not go down that road."

I turned, but there was no trace of him.