His mother would have dismissed me as a peasant, but we found a way.

One stormy night I appeared at the palace, damp, bedraggled, claiming to be a princess fallen upon hard times. Graciously, she allowed me in. Later, my beloved crept into my chamber; we passed a night of bliss upon the puffy feather bed.

His mother examined me in the morning. My white body was covered with bruises, marks, and passion bites. "See how she has suffered from the pea beneath the mattresses," said the queen. "Surely she is as noble as I."

Thus, I wed my prince. 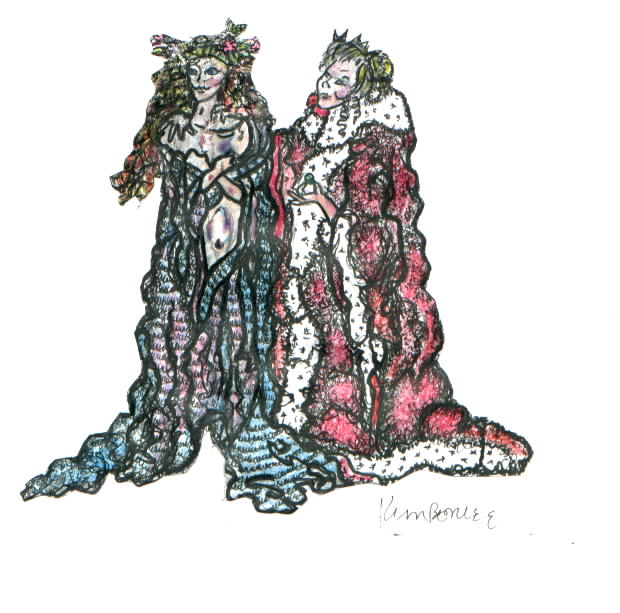